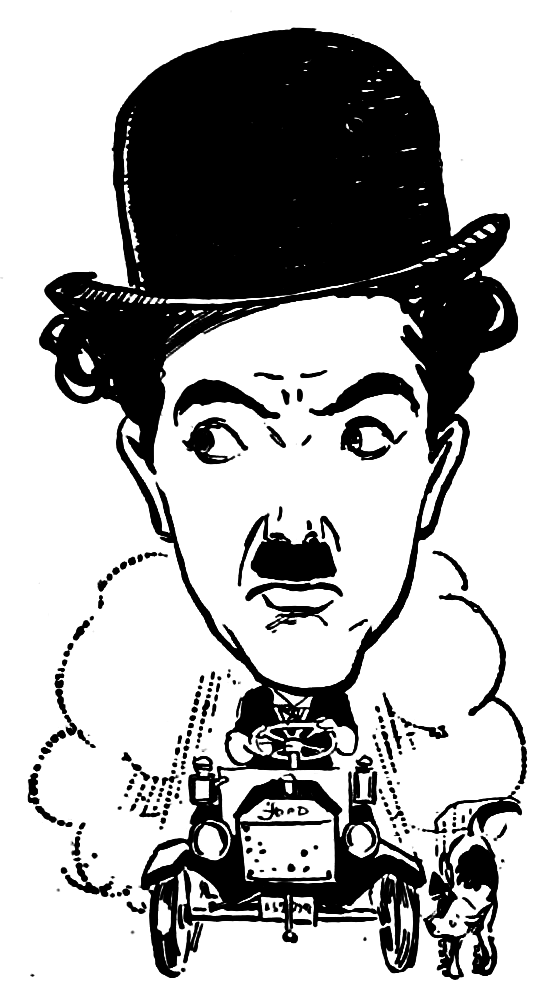 Film Fun, 1918 (https://archive.org/stream/filmfun346356lesl#page/n111/mode/1up). —“Ten million dollars’ worth of personality—Harry Lauder and Charlie Chaplin. These soul-twins of comedy are the highest priced entertainers that have ever appeared on the screen.” Chaplin has Lauder’s Balmoral, stick, and pipe; Lauder has Chaplin’s bowler, cane, and cigarette.